Ever felt butterflies in your tummy when you’re nervous or suffering from digestive problems during periods of stress and anxiety? This is a sign of the link between the gut and the brain, which we’re only just starting to learn more about.

According to research, your brain and your gut are interlinked and can have big effects on each other. The gut is called “the second brain” by experts for this reason. There’s another dimension to this too, with both the gut and the brain being linked to the immune system too. This can extend to autoimmune diseases, and experts are increasingly looking into the idea that autoimmune conditions may start in the gut.

What is autoimmune disease?

Before we dive into the link between the gut-brain and the gut-immune connections, let’s talk briefly about the immune system and autoimmune disease.

Under normal circumstances, your immune system is designed to protect your body against viruses, bacteria and other nasties that can be harmful. It also produces antibodies that offer protection against viruses that you have been exposed to in the past.

For some people, the immune system acts on healthy cells rather than invaders and produces auto-antibodies in response to this. This is known as autoimmunity and causes a lot of the symptoms that we associate with autoimmune disease.

Your gut does a lot more than just digest and absorb nutrients from your food and excreting waste products. It’s also involved in helping your body to fight off bacteria and germs that could make you sick. There are a huge number of immune cells in your gut.

When “bad” bacteria get the opportunity to outnumber the “good” bacteria in your gut, it sets the scene for a lot of health problems, and this includes poor immunity and the development of autoimmune diseases. Inflammation in the gut can be a big factor in autoimmune diseases, including autoimmune encephalomyelitis and multiple sclerosis.

Its role in inflammatory Bowel Disease (IBD) probably won’t be a great surprise but an unhealthy gut can be involved in autoimmune diseases that are nothing to do with the gut itself.

Studies on mice have shown that bacteria in the gut can travel to other parts of the body and trigger an autoimmune response, according to a study from Yale. The research focused on a bacterium called Enterococcus gallinarum, which can relocate itself to the lymph nodes, liver, and spleen. They found that tissues outside of the gut kick-started the productin of markers of autoimmune responses. This was reduced in mice by using vaccines and antibiotics that targeted E. gallinarum, which stopped it from growing in the tissues and meant it had less effect on the immune system.

Researchers believe that dopamine signalling also controls the inflammatory response to prevent it from going haywire. With autoimmune conditions, the immune system attacks healthy cells. Animal studies have suggested that controlling dopamine could help to stop this from happening, although more research needs to be done to confirm this possibility.

Research is also finding links between Leaky Gut Syndrome and autoimmune conditions such as lupus, Hashimoto’s,  Graves’ Disease, rheumatoid arthritis, celiac disease, and type1 diabetes. If the food that hasn’t been digested properly is able to leak through the lining of the intestines, it tells the immune system that it needs to produce antibodies and leads to the range of symptoms that characterize Leaky Gut Syndrome. The immune response can go far beyond the gut, and it’s been suggested that it can be a big culprit in autoimmune disease in general.

If you liked these tips, check out my daily inspirational posts in my free Facebook support group, Healing the Gut for Women Midlife & Beyond. My Facebook group is a great way to stay motivated and inspired to eat healthily and live a healthy lifestyle. The group is also an excellent resource for finding new recipes, tips, and tricks for eating healthy and living a healthy lifestyle. 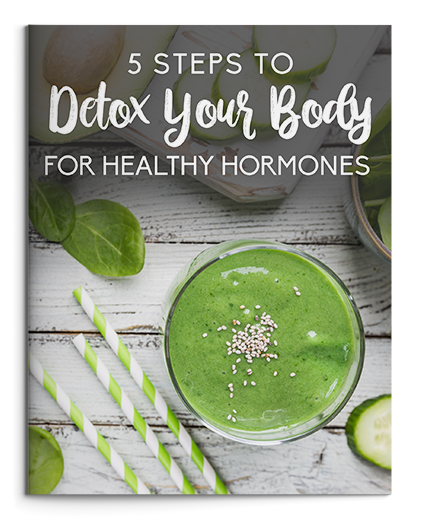 Do You Need a Hormone Reset?

Learn how hormone balance can lead to a life of energy, thriving health, and joy!

Download your free guide and jumpstart your health today!

You have Successfully Subscribed!